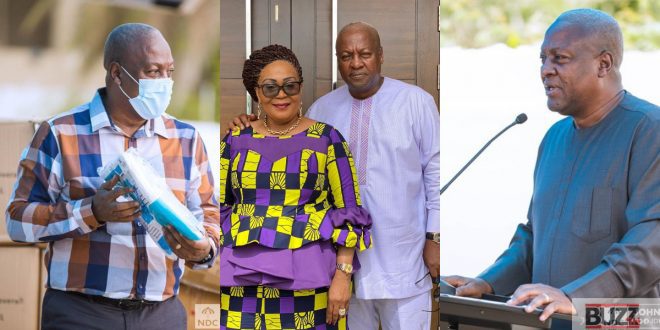 The new figurehead of NDC and defeated presidential nominee who is actually battling the EC over an alleged manipulated election at the law court; John Dramani Mahama has claimed that he has proved to the world that no candidate won the election of December 7th 2020.

According to the attorneys for the petitioner (John Mahama) in yesterday’s closing statement at the Supreme Court, the Electoral Commission must be ordered to re-run the election between Nana Addo Dankwa Akufo-Addo and John Dramani Mahama on the grounds of its subsequent reliefs 2(e) and 2(f).

The admission by 1st Respondent of averment in paragraph 16 of the Amended Petition and paragraph 13 of the witness statement of PW1, which paragraph 9 of the request to admit facts also seeks to reflect, definitely lead to no other possible conclusion fact that, based on the data contained in the declaration made by the Chairperson of 1st Respondent, Mrs Jean Adukwei Mensa, no candidate obtained more than 50% of the valid votes cast. This does not require figures from Petitioner about the results. It is based on what the Chairperson of 1st Respondent, the Returning Officer for the election declared, which 1st Respondent has admitted by not responding to request to admit facts. they said

ALSO READ  SAD! 3-Year-Old Girl Who Was Stabbed With His Pregnant Mother By Armed Robbers Dies In Kumasi - Photos

Nevertheless, after three witnesses pleaded in favor of the petitioner, both the EC (1st Respondent) and Nana Akufo-Addo (2nd Respondent) during the trial decided not to invite any witnesses to testify against Mahama’s allegations.

They claimed that the petitioner had struggled in court to make his point. More specifically, the Supreme Court of Ghana will issue a verdict on the election petition today, Thursday, March 4, 2021.