According to her, women who believe they cannot have children without the assistance of a man limit their freedom to explore life.

She mentioned this during a debate about “Gender Bias Perception: Society’s Take on the Woman” on Prime Morning.

“I still believe that a woman chooses what she wants to do with her life and how she wants to raise her child. Since I’m a single woman, I can choose to have a child through artificial insemination.”

She based her claim on the fact that the world has grown technologically, with easy access to information and other efforts via the internet.

Sweety Aborchie went on to say that women are not required to respect males, but that it is mutual. “Respect is not a gender thing,” she asserted. “Women must not always respect men, but respect must be earned.”

She said that husbands who do things right get the respect from their wives that they deserve.

Meanwhile, Sweety Aborchie has urged divorced ladies to analyze themselves in order to determine the reason for the divorce, as they may be to blame. 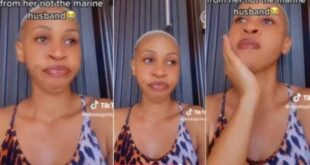