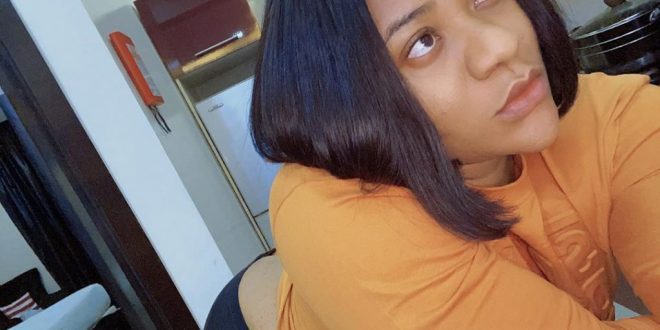 Nigerian sensational actress Nkechi Blessing claims in a recent post that those who have been watching her twerking videos are going straight to hell.

the actress said this under a comment after her fans told her to stop her ‘Stupid stuff’ after she shared a video of herself twerking and shaking her huge goodies.

Nkechi Blessing in a reply to her fans said they are hypocrites as if it was Cardi B or any other American star twerking in a video they would wow her but since it’s her they are criticizing her.

adding that, all those who watch her twerking videos as the next one she will drop will send them straight to hell.

“Oh you coming to my page to type trash cus of Twerk video? I am pissing you off abi? I will piss you off even more, since you have refused to mind the business that puts food on your table.

“Do you and allow me do ME if you are not entertained use your block button,Dem no tie you rope come my page!!!”