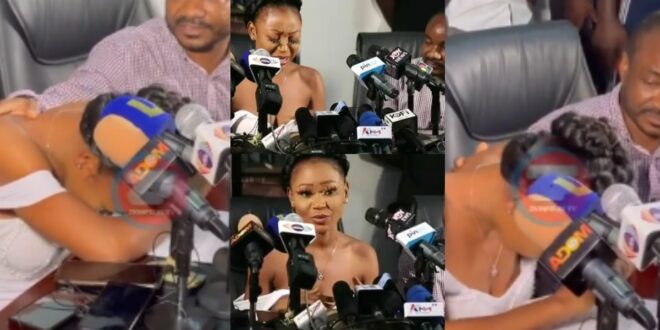 Ghanaian actress Rosemond Alede Brown aka Akuapem Poloo has now become the talk of the town, every household, and above all, a star now following her arrest and sentenced to jail after posing nud3 in front of her 7-year-old son.

as we have been updating our readers, Akuapem Poloo was granted bail after an appeal to the court by her layers after she was sentenced to 90 days in prison.

as we have all been waiting for the first appearance of the actress, she issued a statement which states that she will be addressing the pressing today around 2 pm.

Poloo has successfully addressed the press and we have in our possession the sad moment she broke out in tears while addressing her speech.

she thanked everyone who supported her and the president of the Nation, Nana Addo as well.