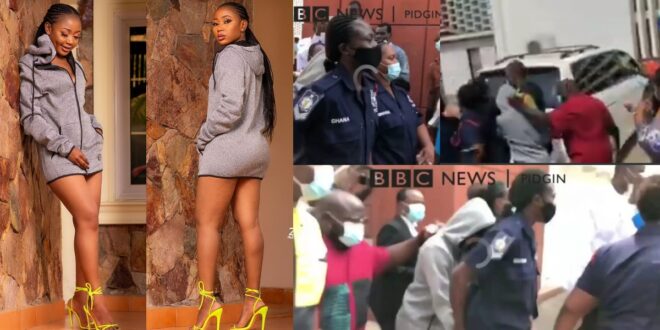 The stunning Ghanaian female star who was found guilty has now been sentenced to prison. Rosemond Brown, also identified as Akuapem Poloo, a famous actress and social media star, was sentenced to three months in prison by an Accra Circuit Court on April 16, 2021.

Since pleaded guilty to all three counts, Akuapem Poloo was found guilty in her own plea by the Circuit Court in Accra on Wednesday.

Her charges involved publishing lewd images of her son, who was seven years old at the time. She originally pled not guilty, but then changed her mind.

Her Honour Christina Cann, who presided over the case, adjourned her sentencing to today owing to the provision that a female prisoner perform a maternity examination to ensure she was not pregnant before being sentenced.

The maternity test came out negative, indicating she was not pregnant, as the judge accepted. The presiding judge was willing to read her term of 90 days in jail, which is the equivalent to three months of prison.

watch the video of her been sent to prison from court house below.