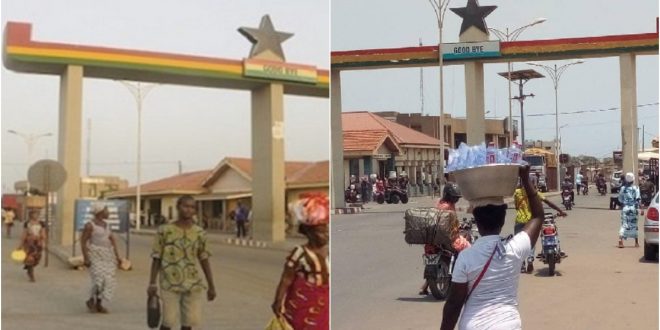 There was an initial report that the people at the Aflao border are being attacked by heavy military personnel that was deployed by the Government.

Well, according to a video sighted on social media, it happens that the reports are false as they haven’t been any deployment at the Ghana Togo border and activities are ongoing as usual.

The video was sighted on the personal Twitter handle of a Twitter user Israel Emmanuel Ahedor believed to be a resident of Aflao. he took to himself to share this video to show Ghanaians that a lot of propaganda is being associated with the reports of a military deployment.

Sharing the video on him twitter page he wrote;

“I’ve missed a lot of discussions and trends for today including the popular Fellow Ghanaians address because unlike some people who fall for every propaganda, I took it upon myself as a citizen to check out what is really ongoing in my region, the Volta Region of Ghana.”