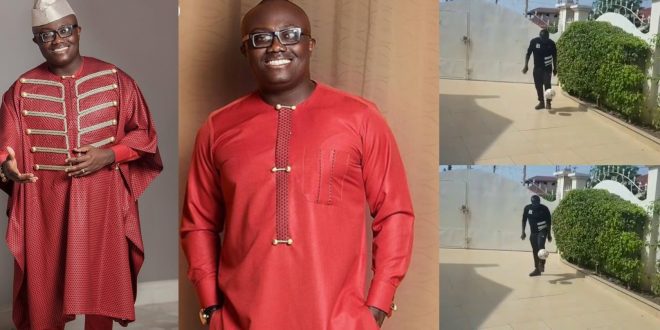 Bola Ray in the video as we sighted out of boredom was seem to give out some skills in playing totals.

though his fans and followers were happy and surprised seeing him playing football, his employee Nana Aba came in and give him some marks.

according to Nana Aba, Bola Ray’s skills are not enough hence she gave him 2 out of 15.

watch his video and read comments from the comment section below;