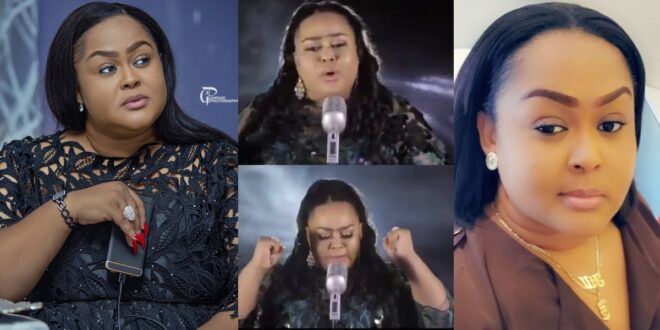 As her gospel song hits the Internet, screen goddess Vivian Jill appears to have incorporated singing to her acting career.
Many actors and actresses have dabbled in music for a while and have also had more success than other singers who have been around for a while.

Emelia Brobey and Lil Win, for example, have had a lot of success in the music industry with their songs Ladder and Makoma.

The ever-beautiful Vivian Jill is the most recent addition to the cast. The actress has made her mark in the music industry by releasing a gospel song that has caught the attention of many internet users.