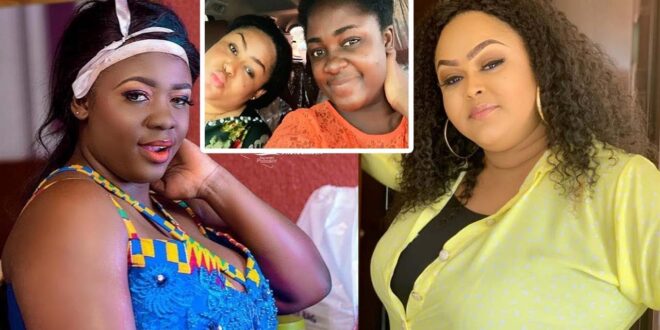 Ghanaian fetish priestess Loudmouth, who is well known as Nana Agradaa, has added her voice to the ongoing tiff beef between Vivian Jill and our very own Tracey Boakye, which with its momentum is steadily taking over the trend table.

Vivian Jill and Tracey do not see an eye to an eye now, according to Nana Agradaa, who is a known fetish priest, since they are both in love with the same guy.

“All-knowing,” Nana Agradaa further indicated that this guy is the biological father of Tracey’s daughter and Vivian’s son, Alfie, who has yet to be officially identified.

It can be noted that Tracey Boakye took to her IG page last year to blast a certain lady. Tracey did not state any word, but as the receiver, people joined the dots and landed on Vivian.

ALSO READ  Meet Lizzy; a lady in a wheelchair with a spinal cord injury who ‘slays’ better than some ladies.
Share