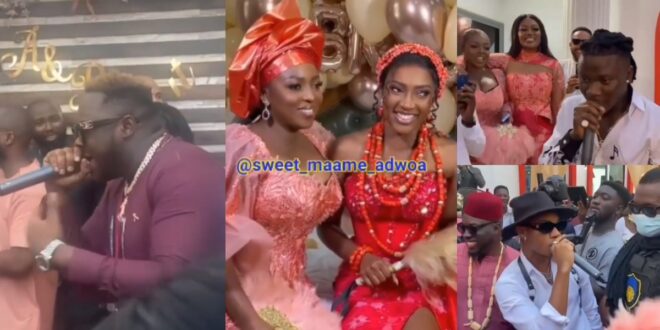 Roseline Okoro is now off the market as many of us will say, and guess what her Traditional Wedding has also become the most talked about wedding tredding on the internet.

The likes of Stonebwoy, Kidi, Medikal and other musicians were seen performing at Roseline’s Traditional Wedding.