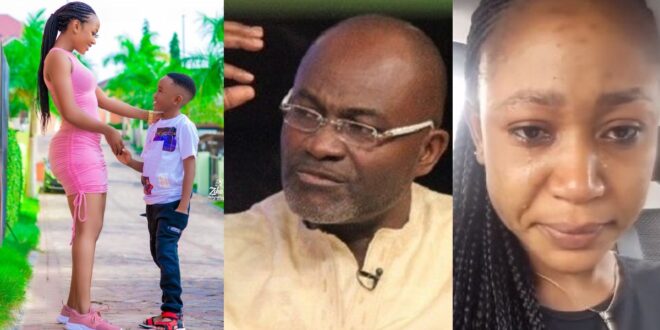 Video: She is cheap and deserves 1 year in prison – Kennedy Agyapong on Akuapem Poloo’s case

Differing opinions Hon. Kennedy Agyapong, a Ghanaian politician, claimed emphatically in an interview on his Net2 TV that the embattled Akuapem Poloo deserved a year in prison instead of the three months she received.

Kennedy Agyapong claims Akuapem Poloo’s acts were shameful, and she should have received a full sentence to serve as a warning to others.

On the other hand, Some Ghanaians believe Kennedy Agyapong has managed to get away with so many “crimes” that he has no right to demand that Akuapem Poloo be sentenced for committing a minor crime.

One example is when he went on live television and threatened former President John Dramani Mahama’s life, saying he was going to burn down his home.

This sparked a lot of controversy in Ghana, and many people believed he should be prosecuted for his remarks because an average Ghanaian may have been pulled by the National Security Service for making similar remarks.