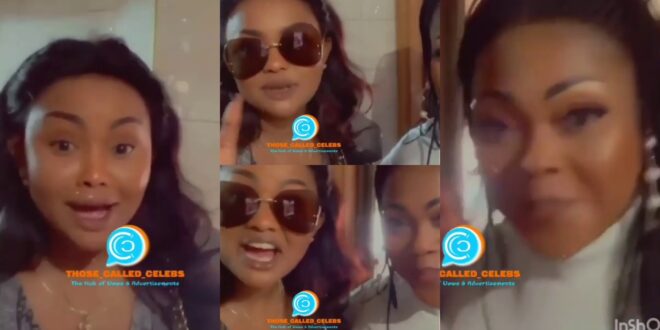 Mona Gucci ate a humble pie and agreed to let the problem die out of her admiration for Nana Ama McBrown and affection for her.

Veteran actress Nana Ama McBrown has always been her idol, according to Mona Gucci, because she looks up to her and she’s more like her godmother.

A throwback video turning up on social media proves that Mona really keeps McBrown in high regard!

Mona Gucci had shared her appreciation and affection for Mcbrown in the video, and she just couldn’t stop gushing.

ALSO READ  "Jesus is the true Champion"- Tyson Fury says as he beats Wilder in TKO.

On the other side, McBrown was very responsive and felt very proud of herself as she was pampered with nice words by Mona.

It surely was a priceless time!