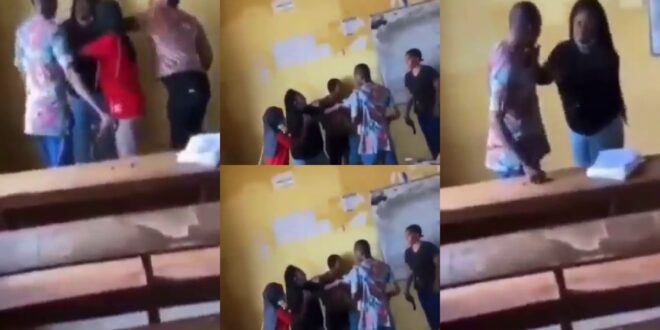 A social media network video captures the disturbing moment at which an enraged female student attempted to violently attack an invigilator for handing her a form of examination malpractice.

In the video, because of the form she was issued, you could see the female student shouting and mishandling the invigilator for her failure to complete the exam. She was often heard stating that she doesn’t care that she is being recorded when the invigilator is being mishandled.

Efforts were made by the female student’s colleagues, but guess what, she wasn’t in the mood to let go as the whole scenario just pissed her off.

ALSO READ  Bullet into Occultism? Ahkan reveals some secret and talks about the late Ebony (video)