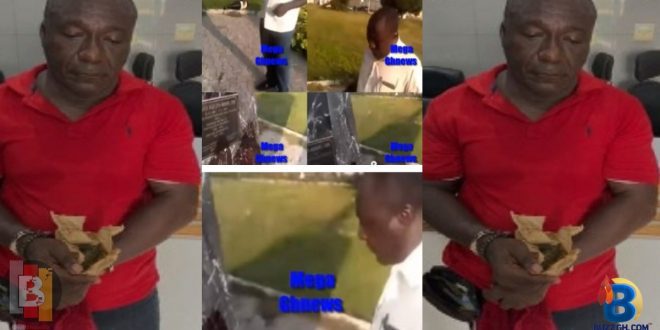 A video of Apostle Owusu Agyei cursing on the tomb of President Akuffo Addo’s father for him to also die like ex-president Atta Mills.

the Apostle as we reported earlier was arrested yesterday for  threat of death, offensive conduct conducive to the breach of Peace and possession of narcotics when he appeared in court.

in the video, as we sighted, the Apostle was seen pouring libation on the tomb of Akuffo Addo’s father and was seen chanting for Akuffo Addo to die before his term of office like Atta Millis.