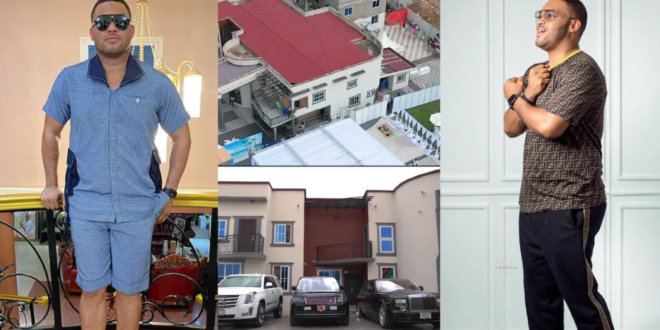 —A video provided by buzzgh.com  has a fleet of cars lined up within the huge mansion of Kwadwo,

– The vehicles are Lexus, G-Wagon, etc.

– Ghanaians have responded extensively to the video with allegations

On his birthday, a video featuring a huge number of cars owned by Kwadwo Safo Kantanka, son of the Apostle Kwadwo Safo, emerged.

The vehicles, mainly expensive and powerful models, were lined up on the large compound of his 10-bedroom mansion.