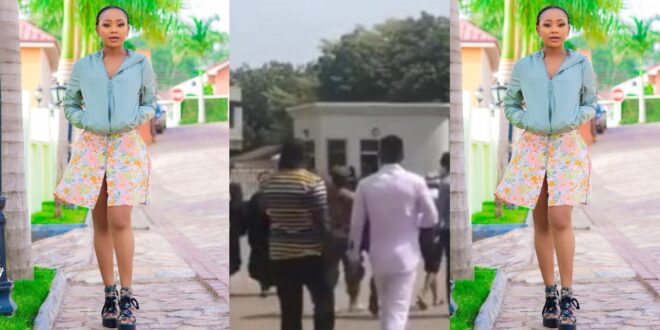 Rosemond Brown, also identified as Akuapem Poloo, a prominent social networking star, has finally been able to return home after all of the back and forth over her case and her failure to meet the bail requirement.

The mother of one absolutely fulfilled the bail terms set down by the Accra High Court yesterday, April 2020, pending her appeal.

That means his tenure in the Nsawam Prisons, though brief, has come to an end for the time being.

As a result, Akuapem Poloo has returned home to her 7-year-old son, who seems to be the most upset by the social media uproar.

The video below shows Akuapem Poloo leaving court after completing her bail terms.