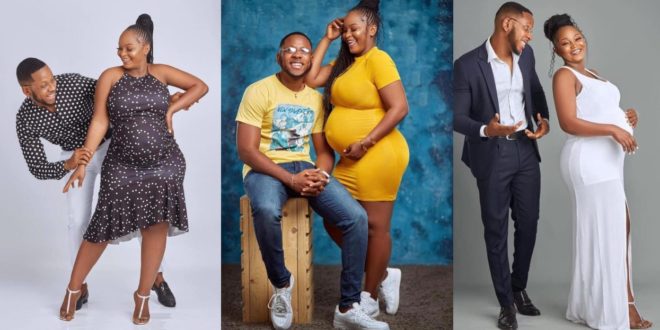 YOLO star Aaron Adatsi as we all know from the popular tv series was a shy boy who was always against having intimacy in a relationship before getting married.

Well, that happens to be the on-screen Cyril but not Aaron in real life and that has been evident. After his viral naming ceremony of his son, Ronny Junior, a video of the actor on set has surfaced

The video which is a popular scene from the YOLO TV series captures the moment Aaron Adatsi was preaching abstinence to his friends.

The video has since gone with with some social media commentators suggesting that Aaron does not practice. he is currently being reducled for playign a good boy on screen but in realife he is deferent all to gehter.

Checkout the video below;