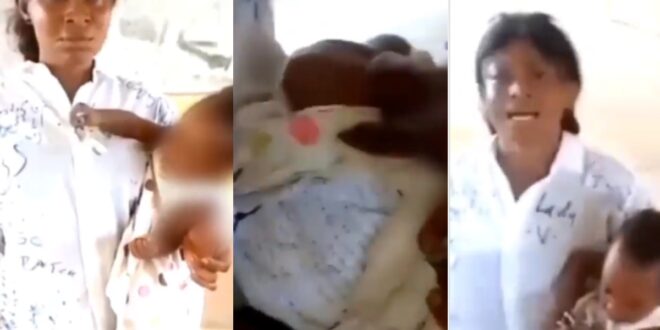 Video: Nursing mother caught cheating as she wrapped “apor” around her baby during final exams

A nursing mother was found cheating on her final exams by using her baby as a dummy.

In a viral video, a woman describes how she tied and glued potential answers (apor) to the skin of her poor baby in the exam hall.

She was attempting to use her baby as a diversion in order to partake in test malpractice, but she was arrested.

When the invigilator discovered what this nursing mother was up to, he confronted her and demanded that she confess to cheating.

This lady, on the other hand, was adamant in her refusal to admit her wrongdoings until she was revealed and forced to ask forgiveness.