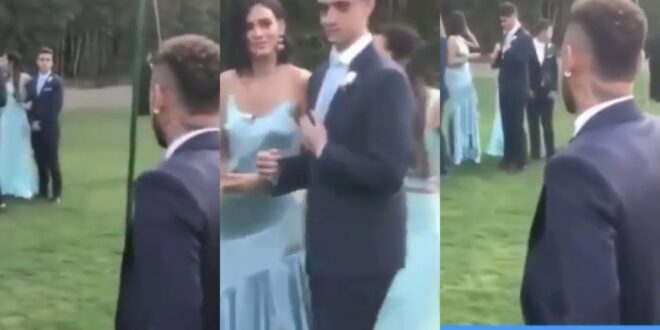 (Video) Neymar attends wedding of his ex-Girl because he pledged to be there during her happiest moment.

A recent video of Neymar allegedly attending the wedding of his ex-girlfriend went viral on TikTok in what has been a large subject of discussion on social media in the last few days.
It is said, according to a caption on the video, that Neymar made a pledge to his ex-girlfriend Bruna Marquezine that, after calling it quits a few years ago, he will attend her wedding.

That being said, there have been contradictory stories in the media regarding the video, reporting that the footage may well be old or from a previous incident.

A website named HITC.com argued that the video had been taken out of context. It is mentioned in further explanations that Neymar and Marquezine celebrated a separate wedding and that she was one of the event’s bridesmaids.

ALSO READ  In Ghana, there are a number of well-known female celebrities who work as nurses in the real world (photos)