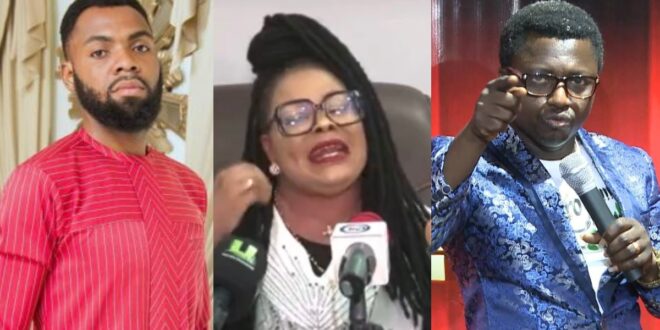 Since meeting Christ and conversion to Christianity, Nana Agradaa is no longer a fetish priest.

During a press conference, Agradaa declared her conversion from orthodox faith to Christianity.

On Tuesday, April 27, 2021, a press conference was held to discuss questions around her latest detention by the police.

While speaking about her arrest, Agradaa claimed that she had converted to Christianity and no longer wanted to be named Agradaa.

Evangelist Patricia Oduro Koranteng is her new name, she confirmed.

Agradaa, a controversial character notorious for fighting priests, has opted to offer an olive branch to everyone she fought in her latest Christian character.

Agradaa pleaded for forgiveness from the numerous pastors she insulted, including Ebenezer Adarkwa Yiadom a.k.a. Opambour, Prophet Oduro, and gospel singer Nicholas Omane Acheampong, to name a few.

“Anybody that I have spoken against when I was in the world should forgive me. I was blind at the time”.

“My brother Omane Acheampong, my father Opambour, our father Oduro, Pep Donkor, and all those I don’t remember, please forgive me.” 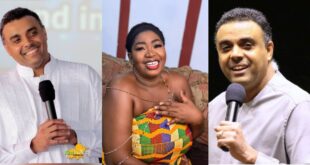