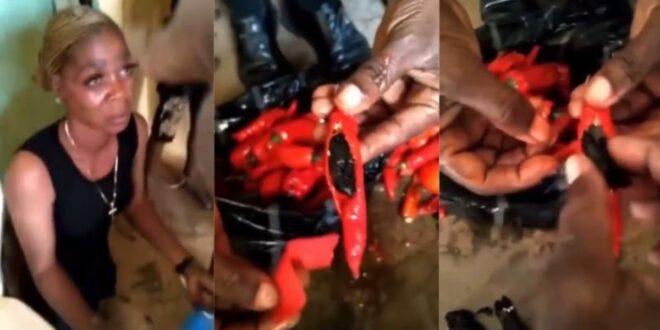 A woman who believed she could outsmart police officers with her little mind got herself into trouble.

After being found with marijuana hidden in pepper and tomatoes, this lady was interrogated in a viral video.

She managed to smuggle it to several inmates, but she was unfortunate because the on-duty police officers responded quickly to catch her.

She had been severely beaten.

Attempts to justify her side of the story were rejected, and she was immediately sentenced to jail awaiting the outcome of the investigations.