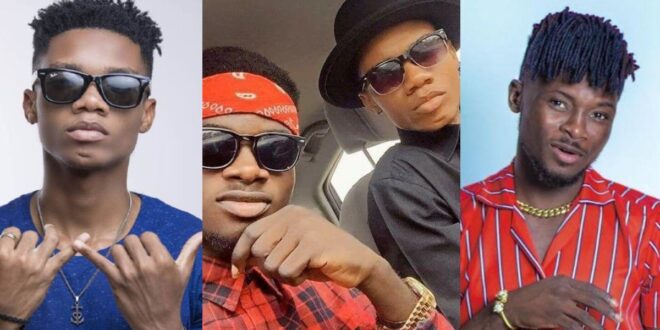 Video: KiDi always paints me black as if he is better than me – Kuami Eugene

Kuame Eugene has finally responded to his label mate KiDi after he said that he (Kuame Eugene) lacks refinement and does not know how to speak.

A few days ago KiDi shocked the world when he said in an interview with Hitz FM’s Doreen Avio that Kuame Eugene, the singer of “Angela,” lacks communication skills.

The Afrobeat artiste, who along with Kuame Eugene, is one of the most sought-after artists of their generation, based his claim on a recent spat between Kuame Eugene and Guru.

When asked if he was aware of his label mate Kuami Eugene’s feud with rapper Guru, he joked:

“As for Kuami, he does not know how to communicate. I won’t lie to you. Even me he speaks to me anyhow sometimes,”

In response, Kuame Eugene said that KiDi is entitled to his opinion because they are both brothers at the end of the day.

He went on to say that KiDi wants to present himself as “Mr. Nice Guy” and that he “paints him black.”