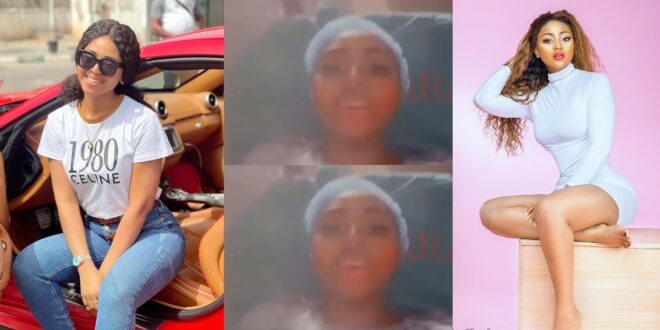 Video: I’m going for an operation, Wish me well – Regina Daniels in the hospital

Regina Daniels, the billionaire’s wife, has taken to social media to announce that she is about to undergo surgery.

In that context, the award-winning actress, who began her career in the film industry as a teenager, asked her fans to pray for her and wish her well.

Fans would be disappointed to learn that the mother of Prince Munir Neji Nwoko did not disclose the reason for her procedure in the video, as she makes her way to the operating room while wearing a surgical cloth.

Ned Nwoko, her husband is seen in the video providing her with the requisite encouragement as the two grinned for the camera.

ALSO READ  Regina Daniels and Hubby, Ned Nwoko Set To Donate To The Poor Amid Lockdown In Nigeria - video