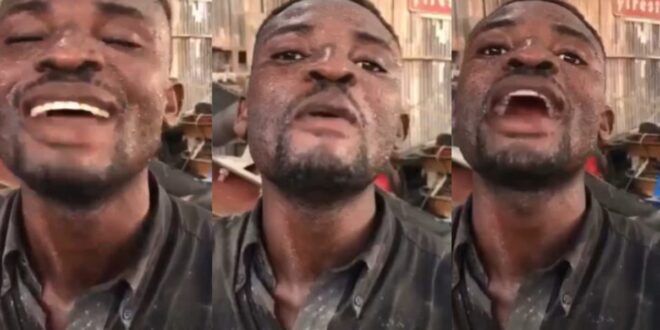 In a fast-trending video spotted by buzzgh.com, an unidentified Ghanaian young man announced his true passion for pussy.

However according to him, pussy is something he will never be able to get rid of on earth, regardless of his circumstances.

The guy said in the video that what makes him have a special passion for pussy is that it is the sweetest thing on the planet.

Finally, he claimed confidently that he would rather be incredibly poor and chop pussy every day than rich and not chop pussy.