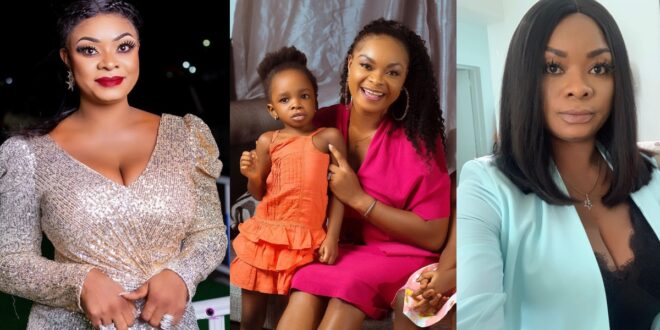 Video: I lost a movie role because I was breastfeeding my baby – Beverly Afaglo reveals

Beverly Afaglo, a Ghanaian actress and entrepreneur, has disclosed how she was denied a significant movie part because she was a breastfeeding mother.

Beverly sadly disclosed to Naa Ashorkor on Asaase Radio’s “Between Hours” program that her job was taken away from her after she went home to breastfeed her son.

Since they postponed filming their final scene, she claims she received several calls from her mother.

Her mother had argued that the infant would not sleep and that they had given her all of the milk.

Beverly explained that she had no choice but to return home and breastfeed the infant.

The actress said that a week later she got a call from a colleague informing her that her job had been taken after she informed the producer she was going to breastfeed her son.

In the meantime, they were collaborating on a series.

watch video of his interview;