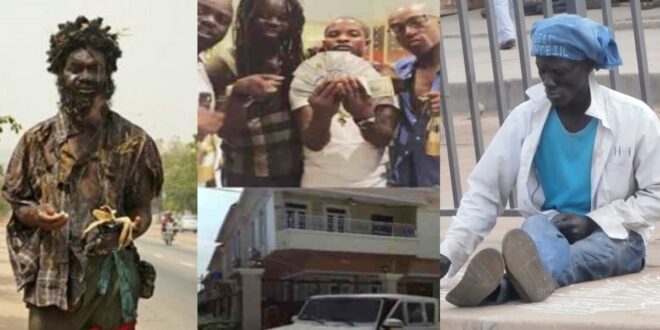 A Ghanaian millionaire has recounted how he became a millionaire after receiving his fortune from a street thug.

The heavily loaded rich man, who is based in Ejisu in Ghana’s Ashanti Region, recounted that his riches today are the product of a lotto number given to him by a madman, which he pinned and won.

Mr Prince Osei, who has been praised by many Sakawa men, refuted those statements in a radio interview.

Some residents of Ejisu have stated that Mr Prince Osei’s wealth is derived from blood money.

As a result of his statements, he has been labeled a Sakawa individual. As a result, if he gives money to the younger members of the household, their parents make certain that the money is returned.

watch video of his interview below;