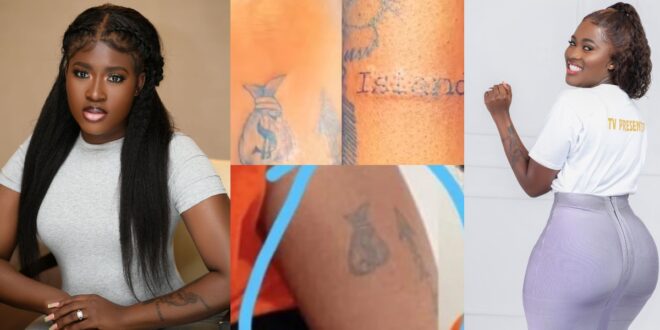 Video: Fella Makafui finally reveals the number of tattoos she has on her body

Fella Makafui, Medikal’s wife, has some female fans battling on social media about her latest video.

Fella is seen about how many tattoos she has on her body, revealing that she has five.

In less than a year, the star has had five tattoos, three of which are in private locations.

She, on the other hand, has the rest of the tattoos on her wrists, which she proudly displayed in the video.