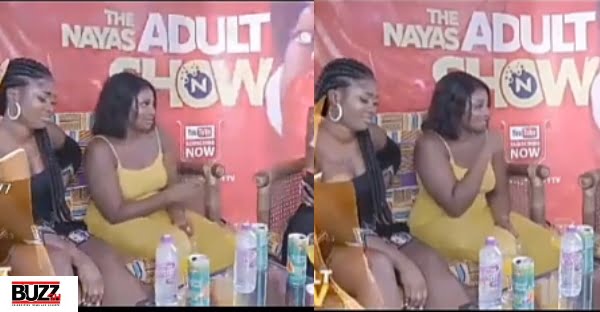 A slay queen who was invited to appear as a guest on a show hosted by Nayas1 has stepped out to demonstrate how to suck a guy’s joystick with an ice block.

According to the lady whose name is unknown, she enjoys sucking the p3nis of every male with whom she has s3x with since it makes the guy enjoy it.

She went on to say that the block makes it much easier to suck it nicely and have the guy appreciate what you’re doing as well.

When asked if she had ever drunk sp3rms, she said yes, adding that it tasted odd in her mouth.