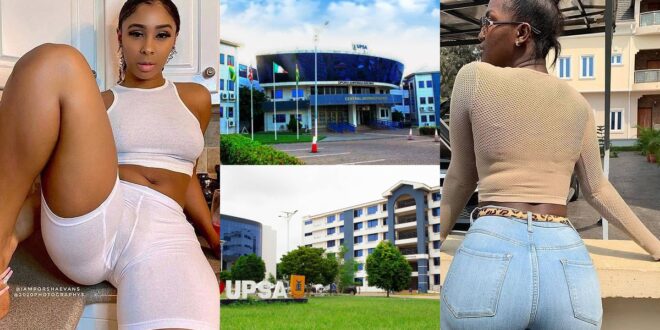 The Vice-Chancellor of the University of Professional Studies, UPSA; released a strict order to female students of the school that he is responsible for them not wearing thirst trap clothes on campus.

At this year’s matriculation, Professor Abednego F. O. Amartey said that he had evidently warned students about the indecent dresses some of them placed on which they had avoided for some time, but that some of the persistent ones among them had started to wear those dresses again.

I have noticed that some of you have started wearing short skirts all over the place. The UPSA is a professional institution and we dress very well. We have directed lecturers that if you dress in an inappropriate manner, they should remove you from the lecture halls.

You are not allowed to dress the way we have seen you dress these days. We allowed it in the past week because we assumed you did not know. Now you know, so there should not be excuses,

Short skirts, torn jeans and other such apparel” that exposed vital parts of the body will not be tolerated