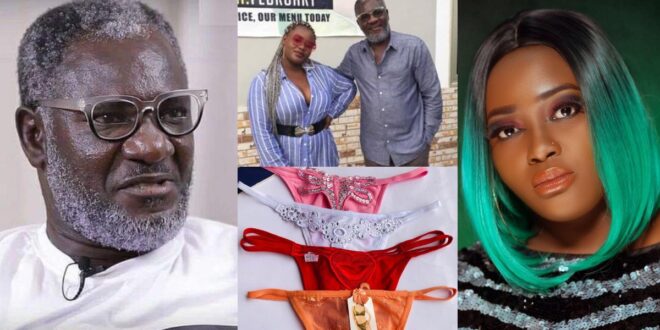 “Ungrateful girl, I have even bought G-string panties for you”- Ebony’s father tells Kim Maureen

Ebony’s father Starboy Kwarteng once purchased Kim Maureen panties or G-strings, and he descended heavily on her.
Mr. Kwarteng admitted he failed to manage Kim Maureen in an interview with Andy Dosty on Hitz FM in Accra.

His former signee, he claims, is a slacker who won’t do it until she is told or reminded.

He went on to say that she still relies on him to buy her underwear, which he has done a number of times.

Her task was to work, record, and write. That was what she was employed to do.”