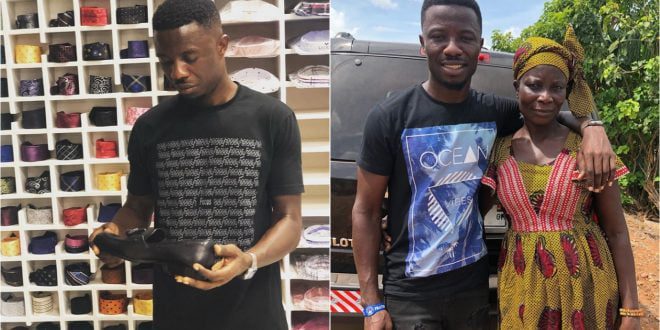 A video surfacing online has got a Ghanaian man believed to be residing in the queens land (UK), invoking cures on Kwaku Manu with schnapps and eggs for having affairs with his wife.

It is believed that the Schnapp the man used in the video is that of his wife’s that is, the one traditionally he presented to her family to accept her hand in marriage.

This along the line means Kwaku Manu did not just sleep with his wife but has also snatched her from him.

The man looked furious as he called upon about 10 gods all from Africa to see to the pain and suffering of Kwaku Manu for offending him in such away. He asked the gods to kill Kwaku Manu and his wife as well.

This video caught the attention of many Ghanaians as they thought it was our very own Kumawood actor Kwaku Manu Bob, but that happens not to be the case as the Kumawood actor has proved he is not the one being cured in the video.

The man being cursed in the video also bears the name Kwaku Manu but is a friend of the offended and also lives in the UK.

In fact, it is noted of Ghanaians outside Ghana and in Europe for tempering with the wives of others as this is not the first nor the second time a man has invoked curses on another for this same reason.