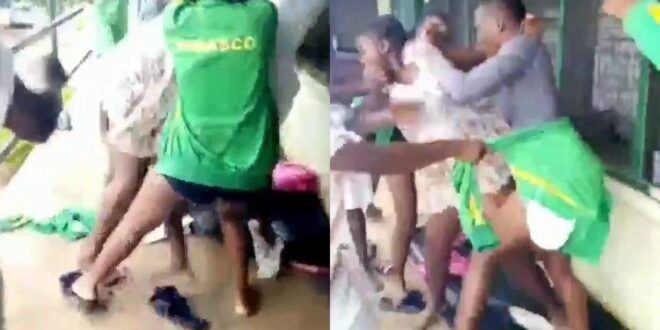 It reveals in the video that the degree of indiscipline in schools continues to increase as the day goes on.

Many of the images from our second cycle institutions that are caught and posted on social media are of ladies competing or saying unnecessary words to impress their fellow gender.

The two students yet to be recognized who refused to report any discrepancies who had chosen to take things into their own hands and display their power while the other students look on, for the best motives known to them.

A worried student could be seen in the video attempting to cover one of the fighter’s bodies with a cloth to keep her ‘pinko’ from being revealed.