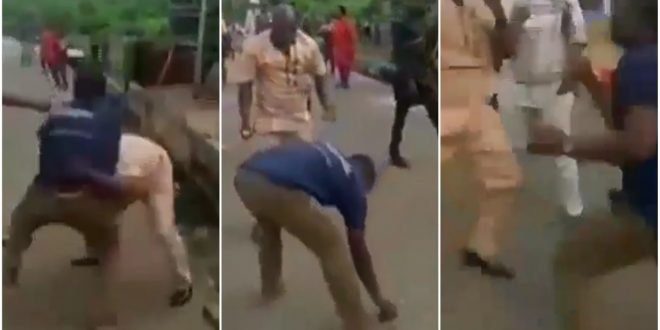 we thought its only women who fight over men until we chanced upon this viral video in which two men were fighting over a woman.

from the video, as we sighted, the men fighting were not just young men but fully grown men.

according to the video from the man who recorded them, the unidentifed grown men were fighting over a woman.

these men were seriously exchanging heavy blows as people around find it difficult to septate them.