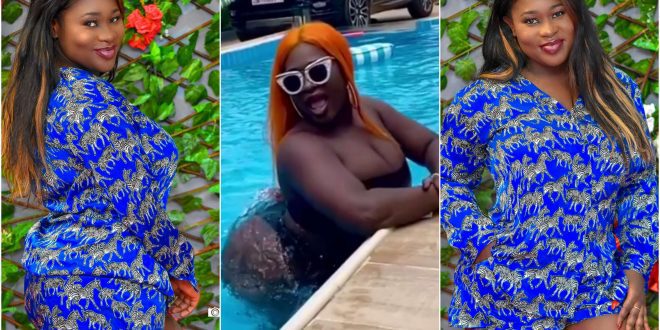 Twitter users have roasted highlife singer Sista Afia for trying to claim herself as the winner of her beef with rapper Eno Barony and rapper Freda Rhymz.

Sista Afia after Freda Rhymz drop her diss track which whipped her very well and also revealed some secrets of her took to Twitter to say Freda is a wackest ever.

Sista Afia’s post has gingered Twitter users to roast her as she is not the one to judge their beef beside she has been whipped.