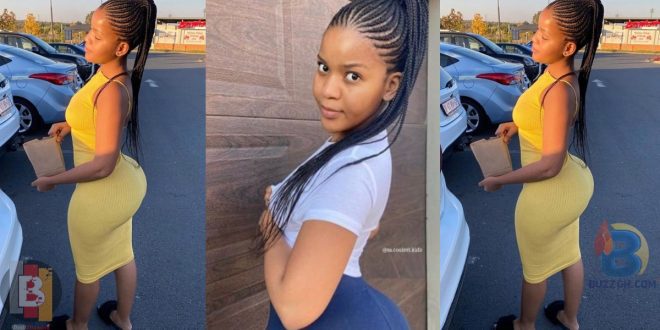 Twitter Slay Queen, Ohemaa Breaks The Internet As She Drops Her Semi-Nud£ Photos

A Twitter slay queen identified as Ohemaa has set the internet on fire as she drops her own semi-nud£  photos.

Ohemaa as she is called claimed she wanted to break the internet in the afternoon but for now, she dropped some hot photos to make everyone go asleep.

the photos as we sighted, saw Ohemaa in a hot bikini as she flaunts her huge a$$ and sexy curves.

men on Twitter can’t have enough of her as they can’t stop commenting with sweet words to her.

“Wanted to break the Internet in the afternoon but I want everyone to sleep first!”