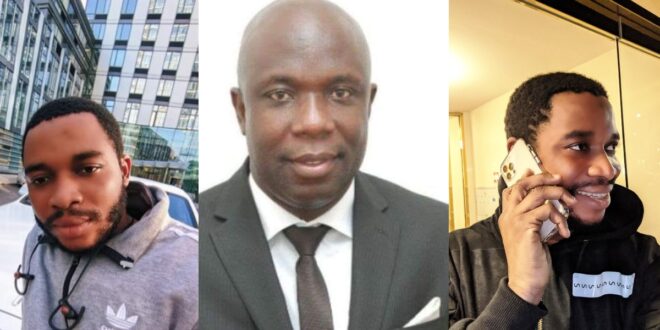 Prophet Rock of the Rock Nation Worldwide Chapel, a Ghanaian prophet, has predicted that Twene Jonas, a Ghanaian internet phenomenon located in the United States of America, will die in the year 2021.

Twene Jonas will be involved in an accident this year, according to a series of revelations from the man of God.

He claimed emphatically that he will not survive the tragedy, as the Lord declares.

Twene Jonas is a Ghanaian living in the United States of America who has earned internet attention for constantly criticizing his country for its lack of growth in comparison to the United States.

ALSO READ  "I have seen more D!cks of different shapes and sizes than a Prostitute"- Pretty Ghanian Nurse reveals.
Share