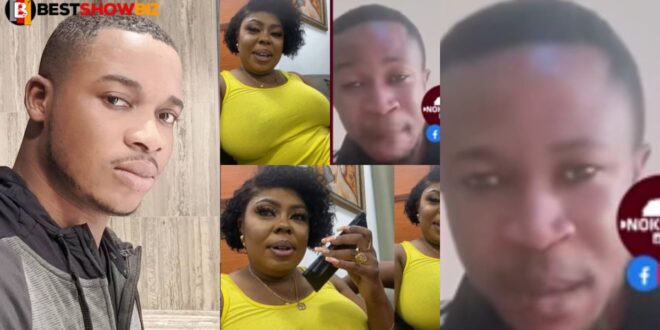 The long-running conflict between Twene Jonas, a social media influencer, and Afia Schwarzenegger, a Ghanaian actress and socialite, has taken on a new dimension.

Amid their squabbles, Afia stated that Twene Jonas had an unlawful status in the United States, as he allegedly fled after visiting the country on the ticket of child prodigy DJ Switch.

Twene Jonas’ family was also attacked by Afia Schwar, who encouraged him to send his poor mother, who worked on the farm, to the United States.

She hurled unprintable remarks at Jonas’ parents, escalating the salty dispute by implying that they, too, were good-for-nothing people like him.

In the midst of this, a man claiming to be Jonas’ brother appeared, threatening to take the war to Afia.

In the video, he mentions that she is the daughter of a dog, as well as a further vituperative barrage that will undoubtedly shake her into reality.

Take a look at the full video below.