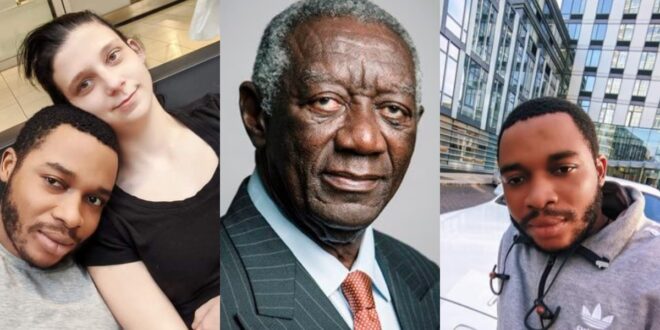 Twene Jonas, a Ghanaian expat residing in the US, has again attacked our politicians on his Facebook Live comments.

According to Twene, Ghana has not had a sensible or loyal president since John Kofi Agyekum Kufuor’s era.

To his best understanding, Kwame Nkrumah did so much for Ghana even when science and technology were uncommon, and Rawlings have played a crucial role, as did Kufuor, but the same cannot be said about Atta Mills, John Mahama, and Akufo Addo.

He then stressed that there was no obvious distinction between John Mahama and Akufo Addo as their government-produced corruption in any blessed one-minute time.

ALSO READ  Social media users demand Justice for Ruth; the nurse who was raped and killed in Ashanti Region.