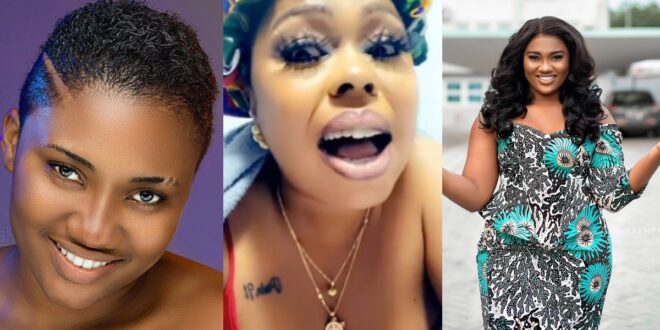 With her latest rants against former TV3 workers Abena Korkor, Afia Schwarzenegger has once again sparked outrage on social media.

According to Afia Schwarzenegger, Media General (TV3) used Abena Korkor to market their company, but they eventually got tired of her and scrapped her.

TV3 and its employees were also chastised by Afia Schwarzenegger for unfollowing her on social media.