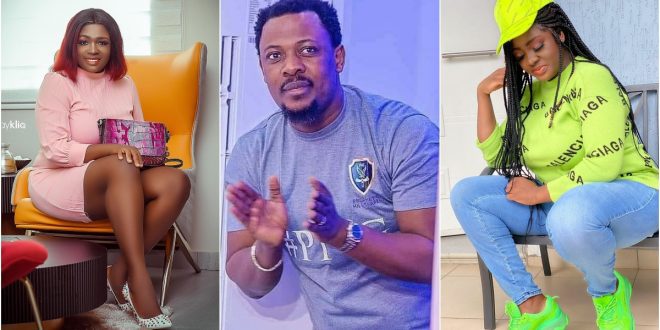 In the course of this week, we have seen the bitter side of Kumawood actress Tracey Boakye ever since her name was mentioned on a live interview as part of ladies who have been warming the bed of the prophet Nigel Gaisie.

She initially came out with a video that captured her blasting the guy who stated her name and she added that she cares less about people saying she has slept with Nigel Gaisie.

a recent video she has posted on her social media handles has her threatening legal action against the very person who started spreading the news that she has had something to do with prophet Nigel Gaisie. she claimed that her lawyers are getting things done and when the right time is due, the guy will be dealt with legally

ALSO READ  Kwaku Manu shares a throwback picture of himself when he was a shoemaker.

she stresses that she is not part of any list nor the side chick of any former president as she is a mother with her boyfriend. one thing that cut across her first video and this video is she stating that she has never apologized to Kennedy Agyapong as that claim is her biggest worries.