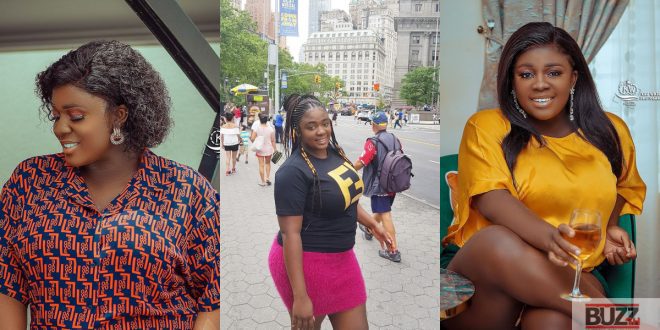 Tracey Boakye, the “East Legon landlady” and Kumawood star, has responded to those who continue to mock her.

Last year, the actress became a laughingstock after it was revealed that her lavish properties, such as her mansion in East Legon, were purchased for her by a certain politician known as ‘Papa no.’

Tracey got into fights with other public figures such as Mzbel and Kennedy Agyapong who opposed her behavior after the cat was let out of the bag.

After all, the mother of two has returned and is not “responding to any sad users on social media,” as she was previously.