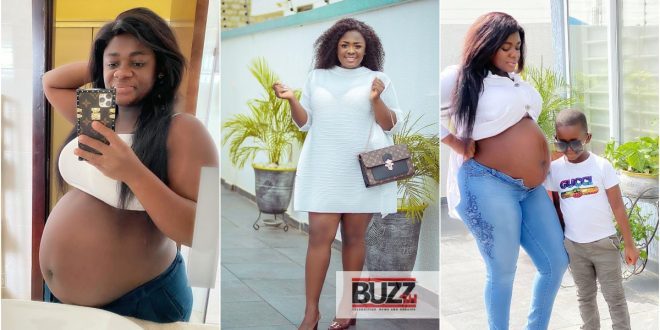 Tracey Boakye, an actress and film maker, is pregnant with her third child, according to a social media post.

Tracey Boakye, according to the social media user, seems to be 3-4 months pregnant when she saw her at a clinic.

Tracey Boakye, she revealed, wears a hoodie and a mask to avoid being recognized while she goes for antenatal treatment.

The social media user went on to say that after complimenting Tracey on her maternity presence at the antenatal appointment, she has blocked her on social media.

CHECK OUT THE SCREENSHOT BELOW;

ALSO READ  SO sad Fella Makafui collapse at her wedding, as she is rushed to the hospital (video)
Share