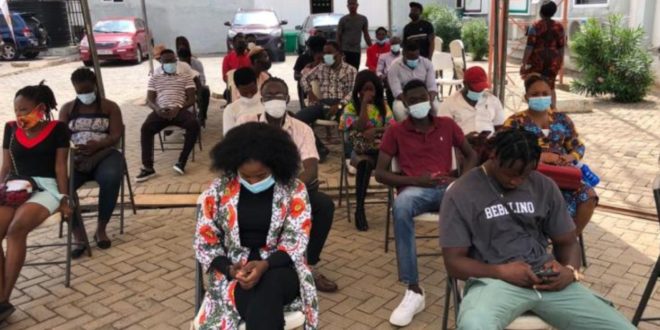 Date Rush : Thousands Of Ghanaians join the auditions as TV3 readies for season 4

The forth season of Date Rush has seen the highest number of audition ever since the show started in 2018.

“this time around there were a lot of entries. We received over 2000 entries,” said David who is among the team members of ‘Date Rush’ – a leading love reality show aired on TV3.

TV3 has finally announced the launch of the show’s fourth season which they say would kick start in January 2021 as they have started taking people through the auditions since Tuesday, October 27, 2020.

Date rush, which has just had three seasons, has managed to find its way into the hearts of many Ghanaians who glues to their seats to watch every single episode. Last year’s edition recorded great streaming figures but the fourth season is promising more – judging from the audition.

The management of the show are certain they are putting things in place to stand this season out of the early three.

“Season 4 of Date Rush is certainly going to be bigger and better than Season 3,” said the General Manager of Media General, Francis Doku. He added “There has been a lot of brainstorming  with the production team from Adesa Productions Limited and we have no doubt the new season will be spectacular.”

In a statement released by TV3, the new season of Date Rush would be with a lot of add-ons, including candlelit dinners and romantic getaways .and other exciting inclusions they failed to mention.

The audition is still ongoing and they urge those interested to submit their pictures and details.