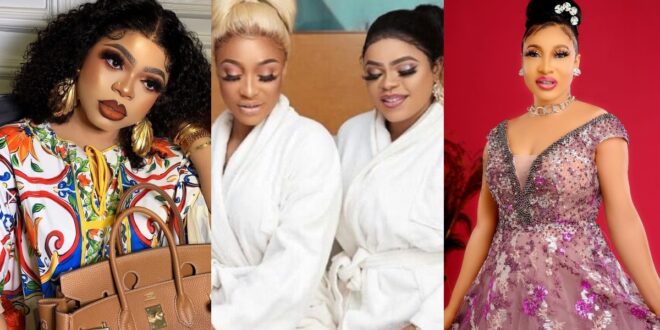 Tonto Dikeh, a Nollywood actress and entrepreneur, has ended her friendship with her former bestie Bobrisky.

Bobrisky announced on his Instagram page that Tonto Dikeh had unfollowed him, and as a result, he wanted to block her to end their friendship.

He made it clear, though, that he would not violate her faith by exposing the true reason for their breakup as best friends.

He further confirmed that even after five years of friendship each other, it is past time for them to take a break and concentrate on their respective duties.