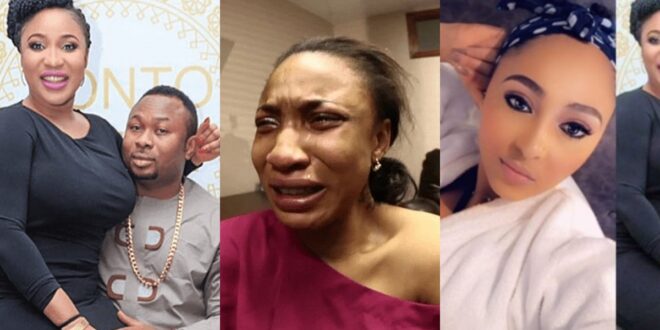 Tonto Dikeh reacts to her ex husband marrying her best friend who caused their Divorce.

As she marks her birthday today, Dr. Olakunle Churchill has taken to social media to celebrate his latest sweetheart, Rosy Muerer. When enjoying her special day, he declared that Rosy was now his wife, which shocked those who had never learned of their marriage.

Many fans responded in shock because Rosy was suspected of sleeping with Tonto’s husband and triggering their split at the period that Mr. Olakunle and actress Tonto Dikeh encountered difficulties in their marriage.

To react to reports of her husband marrying her best friend, Deceived Tonto has taken up her official Instagram account to write.

“It is all right for you to be angry about what happened to you,” she said. Only do not let the rage turn you like the guy that broke you. Keep loyal to yourself.

ALSO READ  15-year-old boy who survived Apam Drowning speaks on what happened to them.