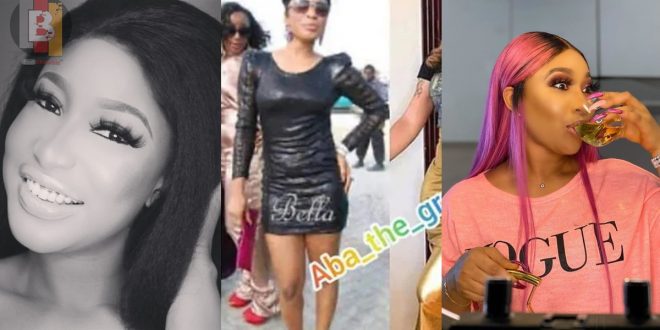 Controversial Nollywood actress and songwriter Tonto Dikeh has rained curses on critics who are preaching against plastic surgery as she proudly flaunts her acquired butt in a recent photo.

The actress has been an epitome of plastic surgery as she has been in the business for about 3 years now. She first got her plastic surgery on her body in the early days of January 2018 which she came out publicly to thank the doctors for their good works.

She is now an ambassador for plastic surgery in Nigeria. This new lifestyle of her’s has got a lot criticizing as they claim it is devilish to change what one was given by God from birth.

Reacting to the trolls at her, she took to social media to share a photo of her old self grid with her acquired body and ahead to curse anyone who preaches against surgery by saying whoever said surgery isn’t good her old body should be her portion.

“Where are the aproko’s that said surgery is not good ooo???
May my old body be your portion m, Rolling eyes…(if I slap you? Your eyes will shift)