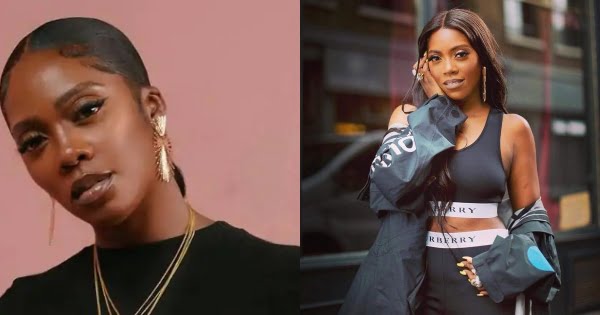 Nigerian singer Tiwa Savage was born on February 5, 1980. She was born in Isale Eko and moved to London when she was 11 years old to pursue her secondary education.

Savage joined Sony/ATV Music Publishing in 2009 after finishing her studies at Berklee College of Music and competing on The X Factor UK.

Savage relocated back to Nigeria and signed with Mavin Records in 2012 after being motivated by the expansion of the Nigerian music industry.

She appeared on the 2012 compilation album Solar Plexus from the label.

The album was nominated for two awards: Best R&B/Pop Album at The Headies 2014 and Best Album of the Year at the 2014 Nigeria Entertainment Awards.

Savage and Roc Nation agreed to a management and publishing agreement in June 2016.

She released her first EP, titled Sugarcane, in September 2017. The Nigeria Entertainment Awards have nominated Sugarcane and R.E.D for Best Album.

Savage was the first woman to win Best African Act at the 2018 MTV Europe Music Awards in November of that year.

She confirmed her record deal with Universal Music Group in May 2019 as well as her departure from Mavin Records.

Savage sings in Yoruba and English.

ALSO READ  "Marry me now because my Brideprice is going up"- Tiwa Savage to men.

Savage has achieved a number of things thanks to her efforts to the Nigerian music scene.

She has donated money to construct schools in Nigeria and has been involved in projects promoting breast cancer screening and youth empowerment.

Tiwa’s height is 5 feet and 4 inches

Tiwa Savage invested N75 million in a multi-million dollar mansion in Lekki, Richmond Estates, Lagos, Nigeria. The house is called Heaven Homes. She has joined the group of famous people that reside on this estate.

Here is the list of cars Tiwa Savage owns.