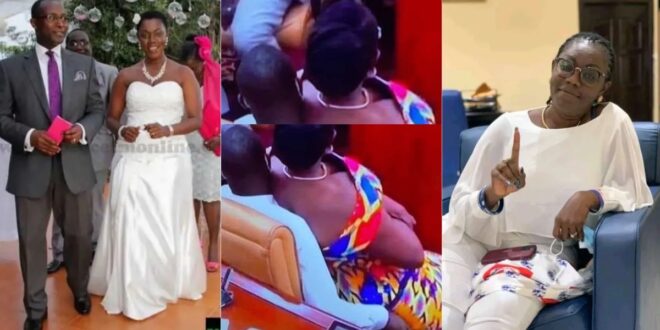 Ursula Owusu one of the most successful women in Ghana, she serves as the minister for communication ever since NPP gained power in 2016.

She was recently in the news after she refused to sit on the minority side of parliament but opted to sit on the laps of her colleague MP whom she claimed was occupying her rightful seat.

Ursula Owusu is married to Dr. Samuel Owusu Ekuful who is a UK- based ophthalmologist. The marriage ceremony took place at their residence in East Legon.

Their marriage have been blessed with a child.

ALSO READ  'If you obey your pastor more than your husband, you have committed adultery'- Reno

Below are throwback pictures of when she was getting married.