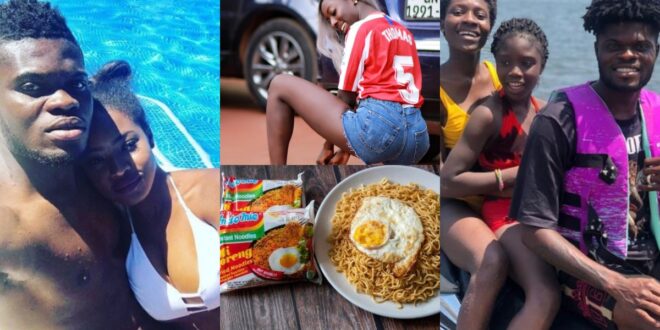 Thomas Teye Partey has provided a blow by blow account of the money he lost while he was in Ghana.

Thomas said he can easily be a successful spokesman for the instant noodles business since he always buys it for ladies.

He jokingly claimed that he wanted to prosecute the producers of indomie for causing him to lose a lot of money purchasing noodles for girls. “That food stole all my money,” he chuckled.

“Indomie took all the guy’s money in Ghana. Those times when you get a new girl, their first request was to buy me indomie. Everything Indomie. Who even brought indomie?” he questioned.

“Indomie took all my money!” 😂

Arsenal midfielder @Thomaspartey22 spoke to @Adamcarruthers and got a bit excited in the end when Indomie was brought into the conversation! 🤣