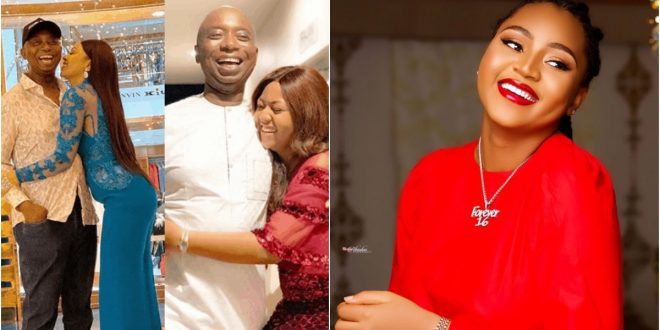 “They want to k!.ll me and Regina Daniels”- Ned Nwoko ask for Police Protection.

The philanthropist Ned nwoko has noted in a press conference that he has asked the Nigerian Police force on multiple attacks he has got from anonymous people who wish to terminate him over a plot of land on which he plans to establish a university.

Kindly recall the issue of the land which was duly allocated to me by my community (Idumuje-Ugboko, Aniocha North Local Govt. Area, Delta State) upon which I am building a private University of Sports – first of its kind in sub-Sahara Africa.

“I was reliably informed by my wife, Regina Daniels, who was also informed by one Mr Wale Jana that the suspects who were arrested and remanded at the Kuje Correctional Centre in connection with the murder case in my village are plotting to cause me harm and possibly kill me.

“According to the report sent to my wife by Wale Jana, it said an inmate in the same room with the suspects at the correctional facility who pretended to be sleeping heard them plotting to harm me by conspiring with others outside the prison yard.

“I hereby produce a copy of the chat received which has given rise to my fear. l am confident that you will treat this matter with the seriousness and urgency it requires. I also believe you will provide adequate security around me and members of my family, following this recent evil plot to cause me harm,” he stated.